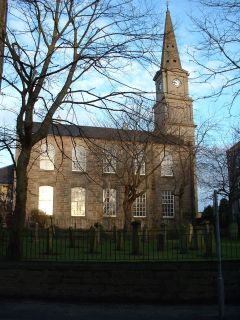 The St Peters Church was built in 1836. In 1843 it was kept by its congregation which became a Free Church.

The church has a small burial ground, which although only now has around 60 headstones, there were at least 306 plots judging by the carved numbers which are still to be seen on the stones.

The listing includes stones seen in around 1950 and recorded by Sydney Cramer and in 1976 by Alison Mitchell, plus one additional previously unlisted headstone.