These memorials are generally dated after 1855 so are not normally to be found in MI volumes.

The three images below show men and machinery in May 1963, involved with beginning the process of clearing the New Howff (Constitution Road) burying ground to make way for a tarmac carpark. This carpark was then replaced when the new ring road was constructed. The original exterior walls were retained some time after the cemetery was removed. 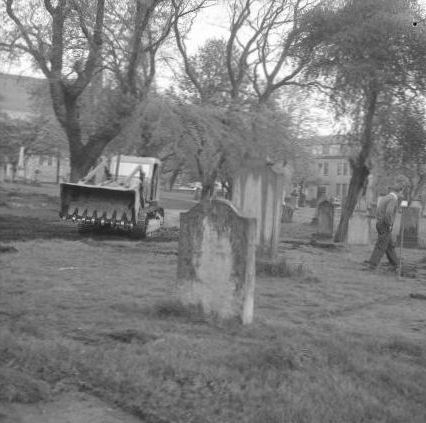 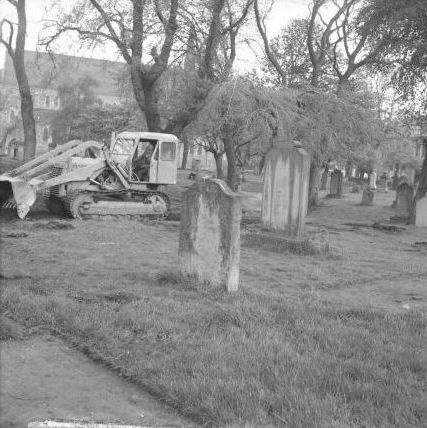 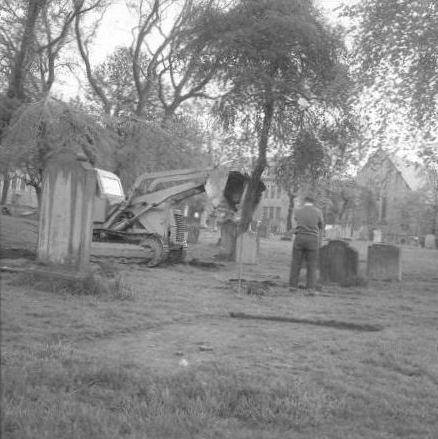 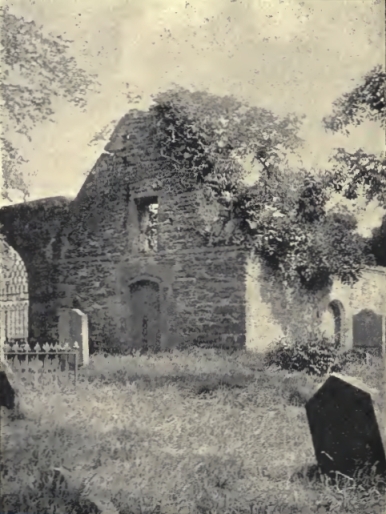 A view of St Peter's church

Invergowrie Church, or, as it is now commonly called, Dargie Church, dedicated to St Peter stands on a small hill by the Invergowrie burn, it is not known for certain when, or even by whom, the church was built. It has been said that a church stood at Invergowrie as early as 431 A.D. However the tradition is that it was founded by Bonifacius Queretinus in the seventh century who was an Italian priest that came to Scotland with a view to bringing the Scottish Church to adopt the Roman customs. No trace of the original building remains with the current structure presumed to be medieval now standing on the site. The present day church is in ruins, however the masonry appears to be well preserved. Not very far from the end of the inner south wall a Pictish cross slab was built into it and is shown below. 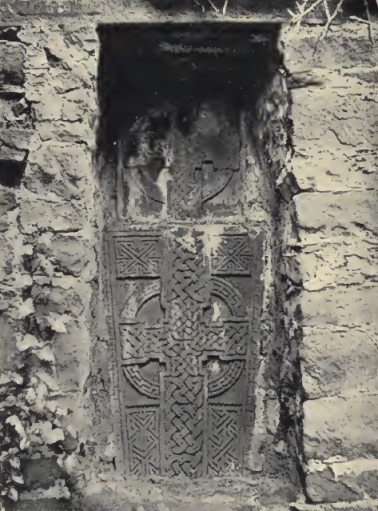 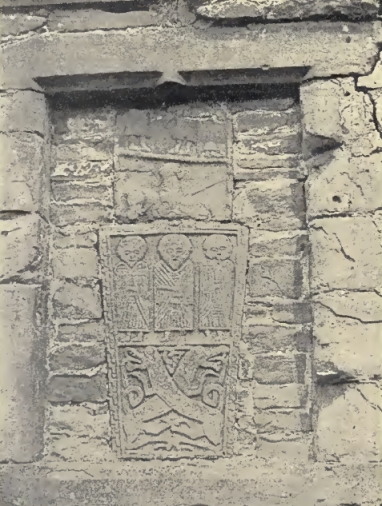 Built also into the outside wall was another stone (above), on which is carved the figures of three men. The stones were removed in 1947 and donated to the National Museum of Antiquities of Scotland. Within the present building the south side of the church is the burial-place of the Clayhills of Invergowrie, with the north side being that of the Mylnes of Mylnefield. This section has an ornate iron gateway which is visible on the 1875 view of the building above and the photograph of the present gable below. 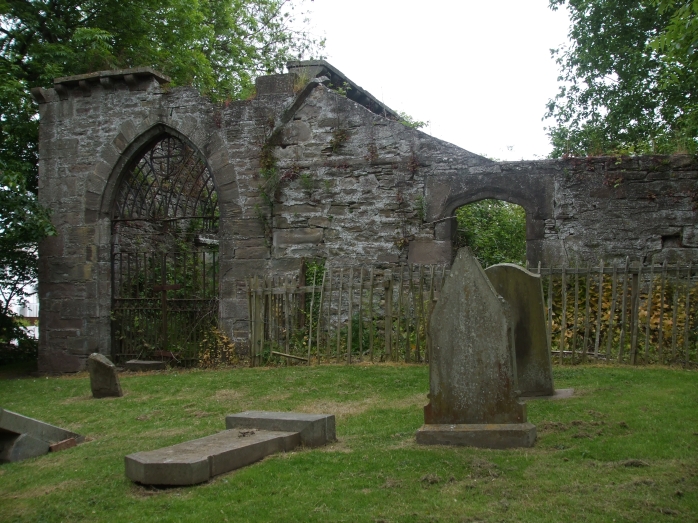 Black and white images: The Parish of Longforgan, A sketch of its Church and People by Rev. Adam Philip, M.A. 1875. 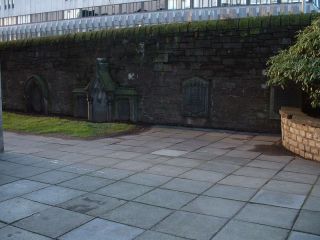 The Howff, having undergone its remodelling in 1834 was still being heavily used, the town was requiring an extension to the burial ground. A site further up Constitution Brae Road was chosen. Originally the site of allotments, the land around two acres in size was purchased, by December 1835 tenders were being sent out to have the area enclosed.
The initial opening of the ground was in April 1836, however the enclosing walls were still being erected so a portion of the ground 80 yards square was fenced off to surround the first interments.
The west wall was built to around 10 feet in height and still survives today. This wall was purposely erected to this height to allow the erection of vaults and tablets. The south, east and north walls were erected with a parapet wall and railings. The east gate was to be the main entrance.
The ground was laid out in the stlye of a Victorian garden, with curving footpaths, planting of ornamental shrubs, trees and landscaping. A mortuary was built at the south side of the ground.
General burials stopped at the beginning of June 1864, however rights for burial were still retained for owners of lairs with the last burial being as late as 1938.
By the start of the 1960s plans were being put into place to clear the land to make way for a carpark this being completed by 1962. This carpark was eventually demolished and a multi-storey carpark and inner ring road built on the site.
The burials were exhumed and the remains were re-interred within the common ground in the Eastern Cemetery. The excess soil was removed and disposed of at the then Riverside Drive Reclaimation site. The soil was sifted through to remove any remains by students.

Thankfully before the site was cleared Sydney Cramer managed to transcribe 270 memorials within the cemetery and they have been reproduced here with very kind permission of Dundee City Archive.

Please click on thumbnails to bring up full sized images.

The image below shows how the New Howff cemetery appeared while in use, from around 1890.

Image is reproduced with permission of Dundee City Archives.