Listing of monuments which are mounted on top, within or just in front of the western wall on the ground. Also further below are some known memorials from the North wall which was dismantled in 1828. 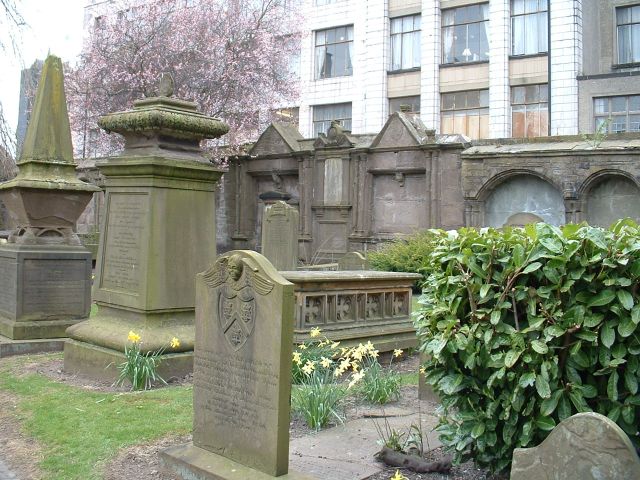 Grey box: Monument not found or removed in antiquity.

Fragments of text that can be found on the wall.

Ihone Bl- ( The remainder destroyed by the northern most recess).

Domino Confido [I trust in the Lord].

Thomas- ( The remainder destroyed by the rebuilding of W10 ).

THIS.IS.THE.FRASERS.BVRIL.PLACE ( In a small square recess twenty yards south of the great gate). No longer visible.

"AND SO SAL THE LORD BLIS THE IN AL THY PROCEIDINGIS” ( On the coving of the west wall at the nothern end, this may have a possible connection with the Nine Incorporated Trades and their meetings within the burial ground.

Number 192 was moved a few feet south from its previous position and reconstructed free in the ground.

Also noted as being removed from the north wall when being dismantled were two fillets near the coping :-

And to the east of the above "This is the Cordwainers Head Roum".

It was said that there were others, however the inscriptions were too badly eroded to be readable.

W19 Destroyed by the erection of W15 (Still visible).